Still a work in progress, but pretty cool looking already in my rarely-humble opinion. The trick is to dim the red and green components while leaving the blue intact. 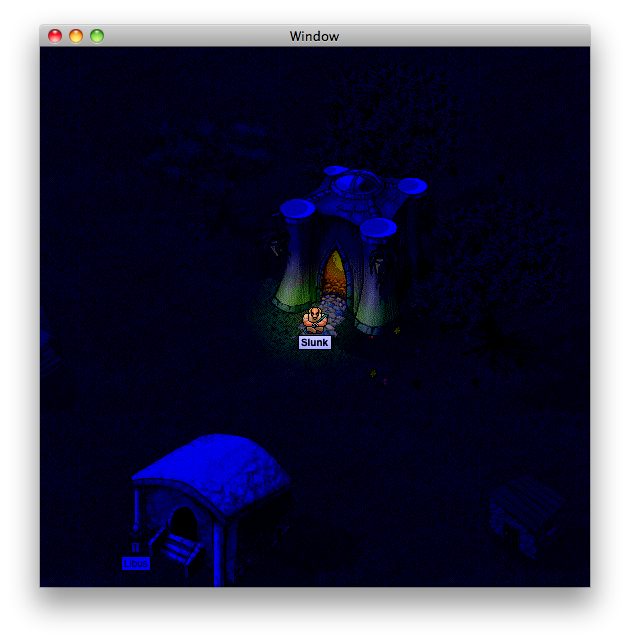 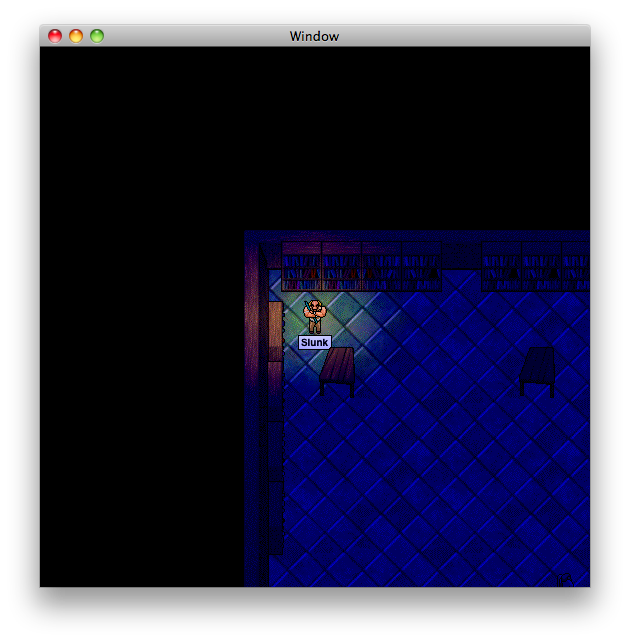 I’m trying to decide the best way to show text bubbles. Everything’s pretty scrupulously iPhone-friendly this time around (that’s actually what got me started on Xclan again, figuring out how to work with UDP CFSockets in a run loop), but as I understand it uploading new text textures every few frames will bog an iPhone down pretty quickly. I’m thinking of switching my NSOpenGLView to a CAOpenGLLayer and putting a bunch of CATextLayers on top for the bubbles.

There’s actually an NSTextField in a layer in the game window; on Leopard it floats above the NSOpenGLView, but in Snow Leopard (where the screen shots were taken) it’s invisible. I haven’t pursued it because I was planning on replacing the OGL view with a layer anyway, but it’s a strange difference.

Newer Functional Programming Oct 27, 2009
Older My Sister Is Like a Machine That Produces Straight Lines Aug 1, 2009